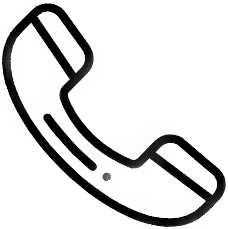 Sensors and motion detectors can work hand in hand or be independent of each other and are fundamentally different concepts when it comes to alarm systems and tracking.

What is an alarm sensor?

An alarm sensor is a physical device which can capture and detect the changing state of a physical element such as a door or window. Using software and networking protocols, a sensor can alert the owner of a home or property of changing state of a door or window and even set off an alarm. Examples of this may be an intruder sensor which monitors whether the windows of your home have been opened or broken without your presence. Doors can have sensors which also trigger an alarm system which can be fed to a security company.

What are the advantages of alarm sensors?

What are the disadvantages of alarm sensors?

NOT SURE IF SENSORS OR DETECTORS ARE RIGHT FOR YOU?


What is motion detection in alarm systems?

A motion detector detects the changing state of a specific scene and is usually used to detect the unwanted presence of a person inside your home or office. As an example, if your camera is facing your front door and gets opened or broken into, this will create an altered scene resulting in motion detected state. Modern alarm systems can then notify the property owner, a security company or even the police of a potential break-in.

There are 2 different types of motion detection available on the market today:

Motion detection: Camera motion and movement is triggered in software and detected when a certain amount of pixels change. The exact area where the camera picks up changes in movement and the sensitivity of the detection can be altered by the user eliminating constantly moving objects like trees and plants being picked up.

Motion sensing: Motion is detected via the use of a passive infrared sensor (PIR) sensor which detects movement from people and animals in the form of infrared energy - essentially detecting the change in ambient temperature.

What are the advantages of motion detection?

What are the disadvantages of motion detection?

Sensors and motion detection can be independent of each other but often work best when used in conjunction with each other.

What are some different types of alarm sensors and detectors?

Every home has one and they are used to detect fire and smoke.

These sensors detect forced entry through constant thudding or tapping and are very effective against intruders who are attempting to enter through the main door or smash through a window.

Dedicated motion sensors are highly effective as they can detect motion of any kind and often used in for the home and office to detect intruders.

Environmental sensors are massively important to detect sudden changes in the environment like temperature changes, water levels or even pollution.

Remember to ensure compatibility of your storage system with your camera of purchase. Also, recall that the type of storage, and space thereof, that you will need revolves around what and when you want to record.

Your local experts in alarm systems

If you have any queries about the content discussed on this page, or would like to enquire about installing a security system on your system, get in touch with a friendly member of our staff to discuss your options. You can reach us by calling 07 3353 3248, or filling in a alarm system installation quote request form.